The main plaza at Lincoln Center is iconic and forms a kind of outdoor room in its own right.  The plaza is formed by three cultural houses: Avery Fisher Hall (it used to be called Philharmonic Hall), The New York State Theater (now, officially “David A. Koch Theater”), and The Metropolitan Opera House.

Even if you’re not from New York, you know the place.  You might remember Cher running into her movie dad (played by Vincent Gardenia) and his mistress (played by Anita Gillette) at the Metropolitan Opera House.  If you’ve seen the original film version of The Producers, how can you forget Gene Wilder skipping around the central fountain as he declares his dedication to a shady production scheme?  I’ve seen The Nutcracker, The Big Apple Circus, B.B. King, Young People’s Concerts, craft fairs, Midsummer Night Swing, and so much more here.

The Lincoln Center Plaza itself is home to artist Aaron Curry’s sculpture exhibit, “Melt to Earth.” 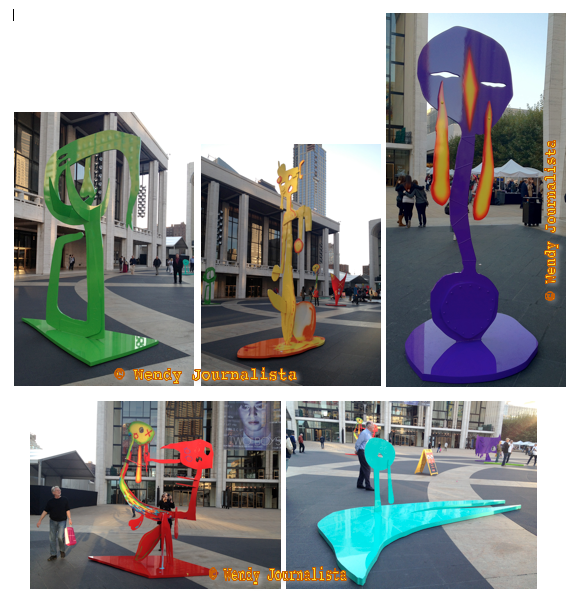 These are wonderful, playful painted aluminum pieces.  Come visit them!

And you can still skip around the fountain, if you like.